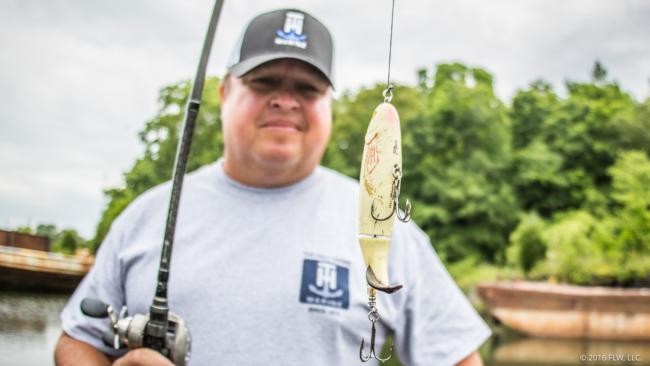 The River2Sea Whopper Plopper may be the hottest bait in America right now. One pro who has used it to win large tournaments is James Watson.

It has been out for several years, but the secret is out and the popularity has exploded.

With wins at the Bassmaster Central Open on Table Rock Lake, MO and the Walmart FLW Tour Invitational on Norris Lake, TN, he is an expert with the unique topwater and shares everything you need to know about the Whopper Plopper.

The past two years have seen a breakthrough for the bait. “I first picked one up in 2013 on Lake of the Ozarks and didn’t give it much of a thought or a chance. I really wish I would have thrown it more back then,” begins Watson.

It is used by many of the top pros, regardless of whom they are sponsored by. “I don’t know of any other of my friends or competitors who don’t use it,” Watson says. 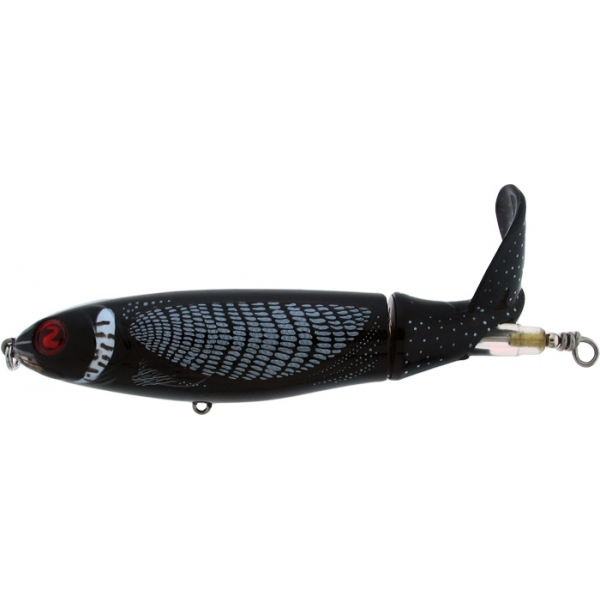 The Whopper Plopper comes in a 90, 130 and 190 size and is available in both rattling and silent versions. The majority of the time Watson is fishing the 130 size. “It’s what I use 98% of the time,” he begins.

The smaller version does have its time and place and Watson says that is due to weather conditions and where he is fishing it. “I use the smaller version when it is slick and calm. I also fish it more on around places that have a slick, muddy bottom,” he adds.

New this year is a cross between a buzzbait and the Whopper Plopper. It fetaures two “plopper blades” on the wire frame and skirt of a buzzbait. What many like about this bait, besides the great action, is the ability to pause the buzzbait and keep it afloat. Watson has been experimenting with it and feels it is an excellent choice when the buzzbait bite is on because it has the same plopping action the lure is known for.

Watson keeps it simple. Black or white are his top two choices for topwaters and it simply comes down to confidence. “I have always had the best success with topwater baits that are a solid color instead of translucent ones. My top two Whopper Plopper colors are Powder (white) and Loon (black).”

Rod and reel selection usually comes down to personal preference. For Watson, he prefers a much longer rod than many others use and his reasoning makes sense. “There is no finessing with this bait. I use a heavy rod in at least a 7’6” size to get longer casts. The long rod and braided do all of the work and the fish hook themselves.”

He uses two different rods, both by Waft, a 7’6” heavy and 7’10” heavy in the Iron Feather lineup. He pairs it with a 7.1:1 Bass Pro Shops Johnny Morris CarbonLite or Pro Qualifier reel.

Braided line is the way to go according to James Watson and he uses heavy line, either 50 or 65-pound Maxima braid. “I use the 50-pound when I am fishing open water that and the 65-pound if I am fishing around docks, brush and cables.”

The beauty of this bait is that it can be cast and retrieved and catch fish. ‘I don’t do much more than cast it out and bring it back. The adjustments I make are how fast or slow I reel it,” says the Missouri pro.

The deciding factor for how fast he retrieves the bait are water temperature and how the fish are acting that day. Varying retrieves speeds is the only change he will make when fishing this bait. Others have experimented with different retrieves and had success. “Some will pause it and then pull it like a topwater prop bait,” adds Watson.

The Whopper Plopper will work anywhere that a bass will strike a topwater, but for Watson it comes down to rocks. “It’s all about rocks for me. Places with big chunk rock, transitions to rocks and broken up pieces of rock are all good places to throw it.”

There are not many things needed for catching a bass on a Whopper Plopper. Take it out of the package, cast it out and then reel it in. One small modification Watson does is to change the hooks to the hooks that come on the saltwater version of the bait, the 4X strong tin trebles. “They are a little longer and built for salwater fish so they hold up better.”

The Whopper Plopper works across the country and has a knack for getting big bites. James Watson has ridden it to two major wins and believes it is the best topwater for big bass.