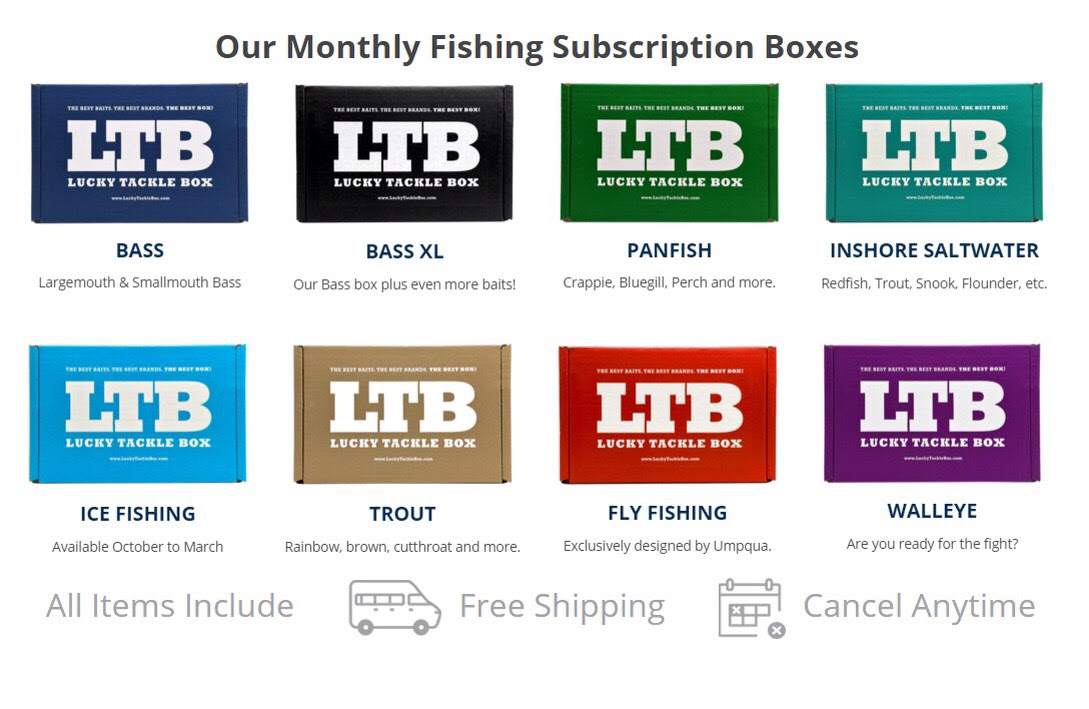 The Fly Fishing subscription box is being released as a joint venture with Umpqua Feather Merchants, a company that has revolutionized the way business has been done in the fly fishing industry since the ’70s. The company will provide direct input on species targeting, seasonality and product selection.

The Bass XL box, which retails for $23.95/month and was previously only available to existing subscribers, is a bigger, better version of LTB’s popular Bass Fishing subscription box. It will contain baits from brands that have never before been featured in other subscription boxes.