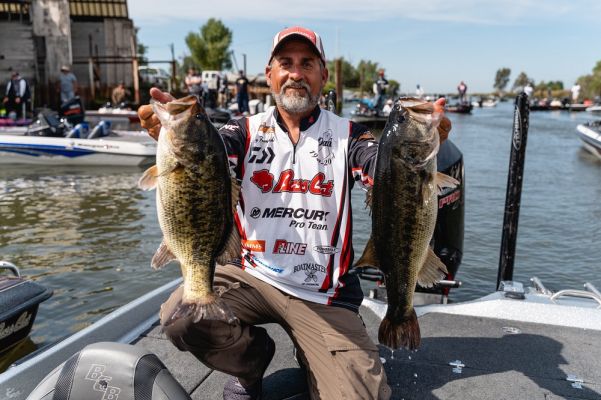 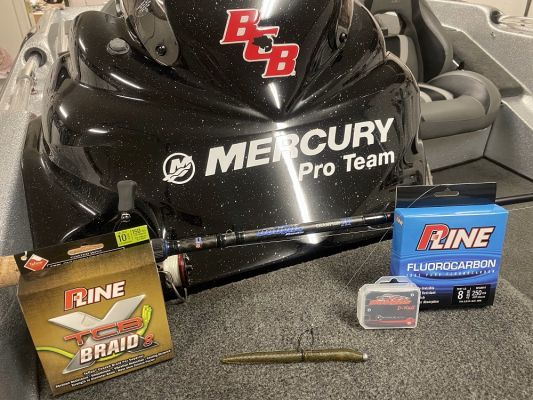 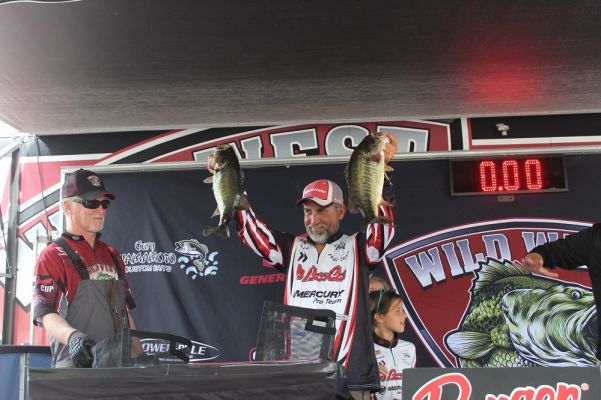 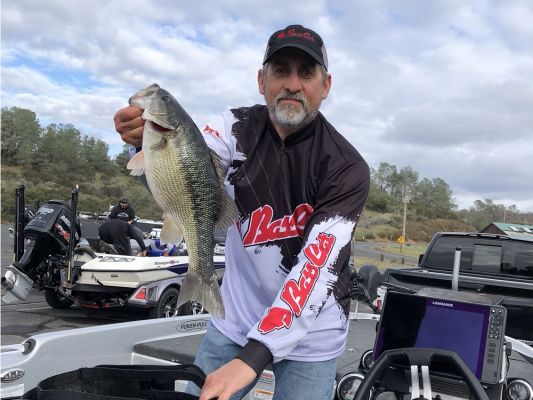 Melones Vs. Delta with Tony Franceschi

Hot off a top-10 finish in the Wild West Bass Trail (WWBT) Pro/Am on Melones, Tony Franceschi talks tools to fish the 2020 season and the diverse fisheries that the West has to offer.

Franceschi’s fishing style was similar at the WWBT Opener on Shasta to his strategy for Melones.

“The two lakes are what I would call highland reservoirs with clear water and deeper open rock banks with a little bit of structure,” began Franceschi. “I used a finesse presentation for both lakes and my practice led me to a nail-weighted Yamamoto Senko and braid and fluorocarbon played into that game plan.”

The first day, Franceschi tempted his fish with a five-inch Senko in Baby Bass and a 3/32-ounce nail-weight on a 2/0 Gamakatsu Drop Shot hook. He then switched to a Green Pumpkin Senko on 1/8-ounce weight, when the wind picked up.

For his line, Franceschi used P-Line XTCB 8-strand braid mainline in 10- to 15-pound-test with an 8-pound fluorocarbon leader, using a modified Albright knot to marry the lines.

“P-Line has a couple of different fluorocarbons,” he shared. “They’ve got the Tactical and what is called the Blue Label. Even though both are fluorocarbon, not all fluorocarbon line is created equal and there are distinct differences between the two.

“I used the Blue Label for this application; because I was fishing lighter line in deeper water around rock and it has less stretch, is more abrasion-resistant and has low-visibility.  Tactical is a softer line with a bit more stretch, which is best for some applications; but not the best for what I was doing at Shasta or Melones.”

“I was swimming a frog, like it was swimbait, in shallow water through weeds,” he said. “A key to this was using the right line to get the right sink. Although a copolymer line could be an option for this tactic, I was using 17-pound Tactical fluorocarbon, because it gave me the needed sink rate and the copolymer would have had a little bit more float to it.”

“Like I said, the Tactical has a bit more stretch than the Blue Label; but I didn’t mind that since I was using heavier line. Another benefit of the Tactical for this presentation was the castability. It is a really nice line to make a lot of casts with. Castability is more important in a presentation like this as opposed to a bait would be fished on the bottom.”

After finessing through the first two events of the year, Franceschi looks forward to the topwater and flippin’ action that he expects to be predominant strategies at the Delta event.

“We all know, the Delta is a place where you can hook into a big fish at any time and that’s something I want to be prepared for,” he began. “I am looking at having’ a flippin’ stick and a topwater bait in my hand, the whole time. These are techniques that require line to have extra strength.

“For flippin’ and punchin’ or heavy vegetation, of course, I am going to have braid on, 65-pound braid.  For my topwater rod, I will have 15- to 20-pound copolymer, probably CX Premium, because it is limper and I like that for topwater, especially for a walking bait.

“When I am punchin’ or using a technique without a leader, where I tie directly to the bait, I like to use Moss Green colored braid. I do change that to hi-vis yellow when I am using a spinning rod, because it is easier to detect strikes with that color.”

If practice leads Franceschi to a spinnerbait or ChatterBait, he will use one of the copolymer options.

“A copolymer line is similar to a monofilament; but copolymer is a blend of strands as opposed to monofilament which is one strand. The P-Line copolymer options are CXX or CX Premium.”

CX Premium is a finer diameter line with low stretch compared to mono and it is right at its line rating.

“If you’re throwing’ 15-pound test, then you’re throwing 15-pound strength; but CX Premium has little bit smaller diameter,” he said. “It is very limp, and very castable with low-stretch compared to mono; but it doesn’t have a sink rate. It doesn’t sink like fluorocarbon; so, you get a bit of a different control. For example, if you want to retrieve a bait over the tops of weeds or through the weeds, the copolymer can be better than fluorocarbon, because the fluorocarbon will pull your bait down further into the weeds.”

CXX is a stiffer, extra strong line with a little more memory.

“It is really good for fishing around heavy cover, when you need abrasion resistance and you’re dealing with big fish, because on a 15-pound line, the break strength is like 26 or 27-pounds. You could say it is rated on its diameter, rather than its break strength. It is perfect for contact baits such as swimbaits, spinnerbaits or something like that.”

Floroclear is another copolymer line with a special silicone treatment on it.  Floroclear has reduced memory and increased castability.

Regardless of the fishery or the technique, Franceschi has been prepared for over a quarter century with P-Line.

“I’ve been with them for 27-years,” he said.  “They’ve treated me like family right from the start. Back then, P-Line had two options and I’ve watched them grow into the brand they are today. They’ve gone from virtually unknown to the force they are now.”